I've been waiting on you.

WHY DID NO ONE TELL ME ABOUT PHOTOBOOTH UNTIL NOW?!?!! URGH! UghHH!!

Also, hey guess what! I was in a band in high school (1998-2002), and we were awesome. Compost Shark was the name, and silly folkish rock-inspired music was the... music. We recorded on 4-track, and recorded lots of stuff in one take. As a result, our output was vast, and not too polished. Enough of that, the exciting news... we are going to record our best songs and make an album! On June 5th! I don't know which songs yet, or how many, but we had discussed 10 to 12.

Oh yeah. Dave Richardson was the other guy in Compost Shark. That is important, because Dave is an awesome guy, and a very talented songwriter/musician. He's pretty much the main reason you will want to buy this new Compost Shark album when it is done.

You can check out some of his music here: http://www.myspace.com/daverichardson 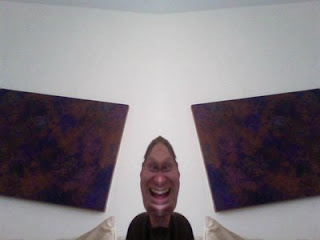